About PSG College of Arts & Science

The Legacy of PSG

The story of the PSG Family is a saga of robust initiatives, enterprising thoughts and enlightened imagination, rooted soundly in far-sighted benevolence. Their benefactions in the field of education has a long standing significance, accorded with immense pride for entering into various ventures to promote advancements in technological and liberal learning in this part of the country for over nine decades now.

Significance of the name ‘PSG’ 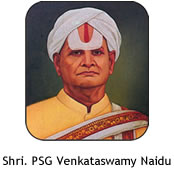 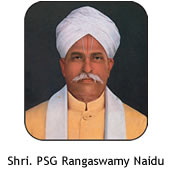 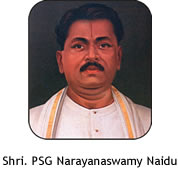 
About PSG College of Arts & Science

PSG College of Arts & Science was founded in the year 1947 before independence by the PSG & Sons’ Charities Trust with a mission to set education on a noble perch accessible to all in pursuit of knowledge and world class education. The founders envisioned charity through education and crested this zealous thought as the reason for having set up a premier grade institution, which still remains as an untarnished thought through the lineage of successors to this college. The college embodies a rich tradition of excellence in teaching and research and has thus diffused dynamism and knowledge to several learners in the sands of time. The college upgrades its facilities available from time to time, to set up the best pedal of access for its students. The college has a long standing and a well established title for having harbored an excellent faculty resource in the city. The quality of education is carefully cradled to impart profound education to all who have knocked on the knowledge doors of the college with belief. The institution promotes deep research and lifelong learning in the fields of Liberal Arts, Sciences, Humanities, Management, Computer Science, Social Science and Life Sciences.