Success is a journey, not a destination

One among the few colleges started in the country prior to Independence. A holistic hold on excellence for generations

College with Potential for Excellence (CPE) by UGC

Accredited with "A" Grade by NAAC

Growing list of programmes and a curriculum with continuous improvement to cater to the changing needs of the society.

A clean, green and a pollution free environment providing a pristine backdrop for an effective learning experience

Life Skills Education as a means of Empowerment

Create life-long learners who are prepared for the modern world; and empower students to make a positive impact in the world

Do not worry if you have an alpha version of the Business Plan , or a prototype, etc.,
we will work side by side with you and provide all the assistance you require. Please send an email to psgedc@gmail.com

About PSG College of Arts & Science

said Sri P S Govindasamy Naidu, the benevolent Philanthropist, who believed firmly that 'Charity begins at home'. He daringly defined charity as "Service to society through development of education, industry and the needy and the poor".

" The Destiny of a Nation is decided in its classrooms " - PSG College of Arts and Science has proved this prophetic statement with conviction by emerging as one of the premier institutions of higher learning in this country. The college has a long-standing academic tradition of excellence in research and scholarship. This is coupled with the most advanced facilities for the pursuit of higher learning. The college has a team of experienced and efficient faculty and the academic programmes are challenging and contemporary. Thirty Nine Under Graduate and Twenty Four Post Graduate Programmes are offered and may of them are unique. M.Phil and Ph.D programmes are offered in twenty three departments.

The College was identified as a College with Potential for Excellence by UGC in October 2004. It is one among 47 colleges in the country, 8 in the State and the only one affiliated to Bharathiar University to obtain this coveted position.

PSGCAS strongly believes in the words of Philosopher Plato that, " The direction in which education starts a man, will determine his future life ".

As per the UGC Circular a Campaign “Bharat Padhe Online” has been initiated, inviting suggestions and sharing of ideas from the students and teachers to boost e -learning and intensifying online education in India.

This can be done in two ways:

1. By logging into Twitter and sharing ideas/suggestions by using #BharatPadheOnline and tagging @HRDMinistry & @DrRPNishank
2. By sending an e-mail at bharatpadheonline.mhrd@gmail.com. The last date for sending the ideas/suggestions is 16th April, 2020.

All Staff members and Students are requested to provide their valuable inputs on twitter or via e-mail as per details provided above.
Principal

As per the UGC circular all teaching and non teaching staff members and Students are requested to download the 'Aarogya Setu App' for staying informed and alert against COVID19 .The link for downloading the App is given below.
Play Store: bit.ly/AarogyaSetu_PS
ioS: https://apple.co/2X1KMzO
-Principal.

Mental Health & Well-Being of Students during and after COVID? 19 outbreak.
An important information from Ministry of Health and Family Welfare
(https://www.mohfw.gov.in)

I was very fortunate to walk through the corridors of PSG Arts with full of dreams and expectations.
Those three years as a student of Chemistry Department shaped my life and made me a complete person.
I was lucky to have knowledgeable faculty and environment to nurture my ambition.
I am glad that PSG CAS has stood for it's values all these years and the students get benefited out of this esteemed Institution year after year.
It's my privilege to give back a small percentage of what I have gained to PSG CAS by serving as a Proud Alumni. 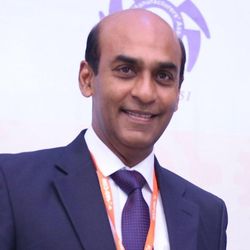 Accomplishments and successes are the hallmark of PSGCAS. PSGCAS students have achieved in every area be it sports, academics, co curricular / extra-curricular activities and have brought laurels to themselves and to the college. PSG CAS students always shine.

PSG CAS is an excellent melting pot for the region to impart quality education in Humanities / Arts and provides a strong platform for networking. 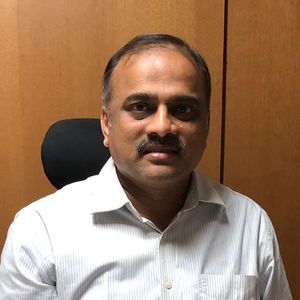 PSGCAS is one of our most preferred institutions for campus placement. We are very happy about the performance of the students during both the placement process and after their joining of the organization as a full time employee. 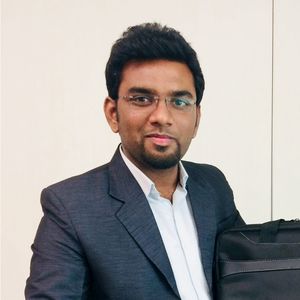 We thank PSGCAS for the continuous support along the years and the performance of the students was satisfactory. We would like to continue this fruitful relationship in the coming years also. 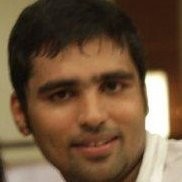